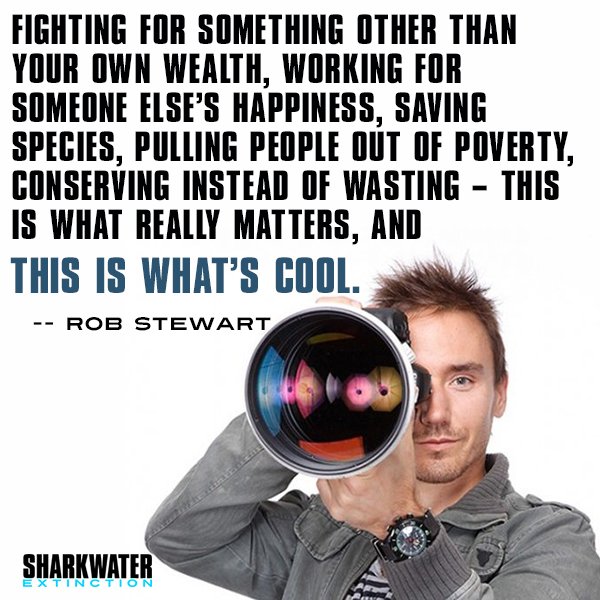 In January the oceans lost a true champion. Rob Stewart, the Canadian filmmaker who became famous for his documentary “Sharkwater,” died while filming “Sharkwater Extinction” at the Queen of Nassau wreck off the coast of Islamorada. Stewart, 37, was diving to 229 feet (70 m) on his third dive of the day. Accompanying him was dive organizer Peter Sotis, both on rebreather equipment from Sotis’ company, Add Helium. They surfaced together with breathing difficulties and Stewart disappeared from the surface while the Pisces crew assisted Sotis. The Coast Guard found Stewart’s body three days later, 300 feet (91 m) from its last known location at the surface. Stewart’s family has since filed a wrongful death lawsuit against Sotis and his company.

Media has obtained the results of Rob Stewart’s autopsy, shedding light on the cause of death. While the report notes that both men ascended from the dive at a greater-than-normal rate, it rules out decompression illness because dive crew successfully treated Sotis with oxygen and he fully recovered based on that treatment. That would not have been the case with decompression sickness. Oxygen is usually administered in cases of decompression illness, but it only reduces symptoms and limits the damage of the underlying cause. It doesn’t treat the DCS itself.

Since both men were diving with rebreathers and the same mixtures, the report concludes that they both likely suffered the same condition. The difference is likely that while Sotis suffered while boarding the dive vessel, Stewart suffered in the water. This caused him to lose his breathing loop and sink. The report concludes that Stewart suffered an acute case of hypoxia, or lack of oxygen. This led to a shallow-water blackout. The report does not speculate on whether faulty equipment, an inappropriate gas mixture, or just bad luck caused the hypoxic episode. Regardless of the cause of death, Stewart’s loss is a tragedy for his friends, family and ocean-loving community at large.