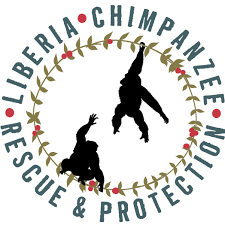 Following the success of Baby Chimp Rescue, I have contacted Jenny to ask if she would mind me starting up a supporters page, a place where we can keep up the momentum of support the programme created, so many amazing people donated & or adopted ~ this has helped PHENOMENALLY towards the costs of building the sanctuary, but the full cost is over two million dollars ON TOP of having all those little tummies to feed.

As the programme ended you were told there was thirty orphans, it was filmed last year & actually there is now FIFTY EIGHT ~ still in the same facilities.

The aim of this group is to keep every body updated, encourage people to fundraise &/or help, encourage, support those who are fundraising.

Having put this idea to Jenny, she thinks it’s a great idea ~ the main thing for her is to have a central point for funds raised to be collected, so we can find some way of reducing all the fees involved with fundraising pages & money transfers. I have emailed Crowdfunder to see if they can help with low or no fee’s, then, so those who us of who want to fundraise can all use the same pot so the orphans get the most from our efforts.

As well as Liberia now confiscating these orphans, they are also starting to prosecute ~ last August the FIRST EVER prosecution was made.

I have followed LCRP for almost two years now, I shall be able to do posts for those of you who don’t know the back story of the Desmond’s arrival in Liberia, it’s quite a story!!

So please join the group ~ there is no pressure to fundraise or sponsor, just a group of people who happen to have come together in support & care about these little lost souls, I aim to make the group as interesting as possible ~ we can all share ideas to make the group & it’s content special